My husband and I traveled to Peru as a graduation present to ourselves. I had wanted to see the Nazca lines since I first learned about them in high school. The Atacama desert is the driest non-polar desert in the world. As soon as we got off the bus here we could feel the heat in the dusty, hot desert wind. Nazca is a place that is removed from the rest of Peru, both by its remote location and the mystery surrounding the Nazca lines. Some people believe the Nazca lines were created by extra-terrestrial beings. It feels like a place from another time and another world. It is a place forgotten even by its own government. The lizard figure of the Nazca lines is actually cut in half by the Pan-American Highway. The Nazca lines are now protected by the U.N. as a UNESCO World Heritage Site. 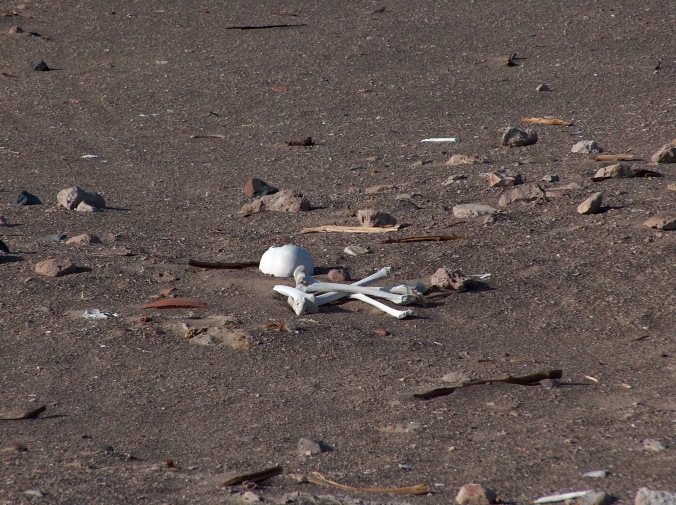 As well as flying over the Nazca lines, we took a tour of tombs out in the desert. These tombs are thousands of years old, and have been robbed of the precious materials that were originally enclosed within them. I remember getting out of the car, and seeing the ground literally covered in bones from grave robbers that took the gold and other items from the tomb, yet carelessly tossed the mummies out into the dry, desert sand.

The mummies’ hair has been bleached to a much lighter color through exposure to the unrelenting desert sun. The people of Nazca are very poor. Yet they recognize the economic possibilities tourism provides. They independently have constructed canopies to cover and protect these tombs out in the middle of the desert. There is no official tourism office. The people of Nazca independently work as tour guides to provide a better living for their family. 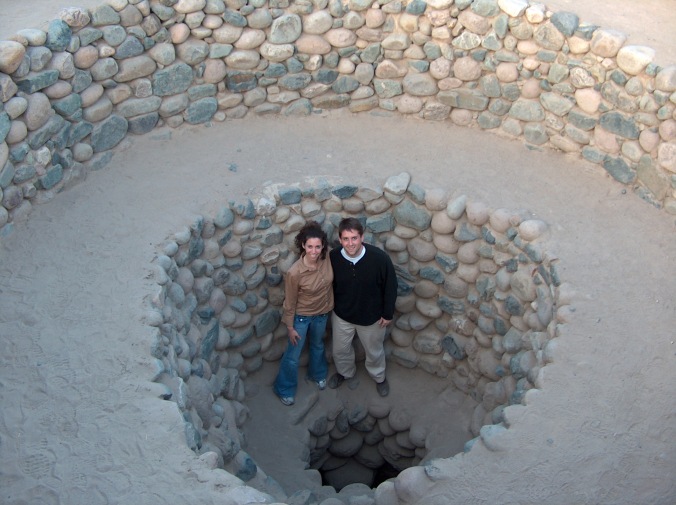 Even their agriculture is reminiscent of the past. These aqueducts are still used by the local farmers. They were built over 2000 years ago. The stones were set together without mortar, so when earthquakes come to Nazca, the stones rattle and shift against each other, but the aqueducts remain intact. Going to Nazca felt like traveling 2000 years back in time, while simultaneously being in the company of believers in UFO’s and other paranormal activity.